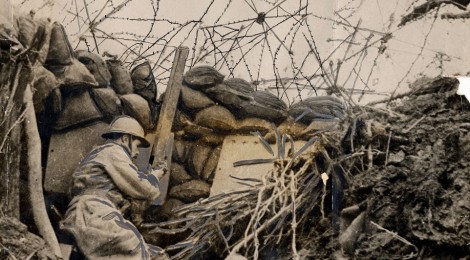 A few people I know have recently sworn off various social media sites. Not a bad decision. I certainly have entertained the idea…especially during the political season. I always come back to the fact that it does serve a unique function of connection in my life that I don’t know how to replace. That…and I discovered the “unfollow” button on Facebook and the “mute” button on Twitter. Sanity, people. Sanity…and protecting relationships that I really do want to keep because I KNOW those people aren’t half as crazy in person as they appear on their wall. Truth.

So, I keep Facebook. And Instagram. And Twitter. I did get Snapchat a few weeks ago only to check it out for my daughter who wants it (not gonna happen…not right now anyway). My youngest two children are the only ones who use it to create really strange pictures that make their eyes strangely beautiful and buggy. I think I have three friends on Snapchat, one of whom sends me occasional messages just because she is totally sweet and devoted like that.

Twitter is my favorite, by the way. It is an introvert’s dream. I just kind of lob thoughts out into cyberspace and maybe someone will respond and maybe someone won’t. A friend recently called me out on this choice. It requires very little commitment and vulnerability. “Oh, go post something on Twitter” she said to me when I said something ridiculously self-centered and self-protective.

Thanks. I totally will.

So, I really get the different sorts of decisions made about social media.

But, here’s this really important thing, friends. Whether you see someone in person…or you see their memes plastered on Facebook…or you see their fun, ironic, philosophical thoughts tweeted in 140 characters or less…we NEVER know what battles a person is fighting. REALLY fighting. Underground battles.

Through this age of social media “transparency” we have become more guarded than ever. Maybe it is precisely because it seems as though everyone can see EVERYTHING that we work even harder to hide. We throw random thoughts and carefully filtered pictures out there.

We inoculate ourselves with the number of likes and comments we get on our carefully chosen posts, distracting ourselves from our real hunger for relationships.

So here is what I want you to know, friend.

I see you. I don’t know what your underground battle is, but I see your posts and I read your tweets and I laugh at your memes…and I see you. And I know. I know that for most everyone out there, you are fighting SOMETHING. I don’t doubt it. Your humanity makes that a given.

I know and I see you and I send out my love. And I encourage all of us to adopt that posture of seeing and knowing when we engage social media interactions. What would that be like? What would it be like to respond to each friend or troll on our posts with the posture of KNOWING…that this is HUMANITY…and most of us are hurting in some sort of intense, hidden way. In underground battles. Way beneath the surface of Facebook. And Instagram. And Twitter.

And all of those posts…even the ugly, hateful ones…are just attempts at connection. Inoculations against their intense hunger for relationship. Self-centered, maybe. Hateful, possibly. Self-protective, FOR SURE.

I see you, friend. I do. Much love to you and your hidden, underground battles today.