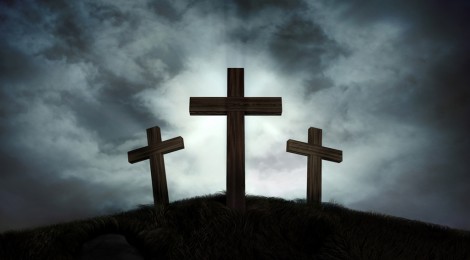 We do not have to look very long at Matthew 18 in order to see the logic flow that takes place. It starts with the disciples asking a question, “Who, then, is the greatest in the kingdom of heaven” (Matthew 18:1)? There are other moments in the Gospels when similar arguments from the disciples illicit a strong rebuke from Jesus. However, this time is different. Perhaps the disciples were not completely self-serving in the question this time. After all, in the previous chapter the disciples witnessed the transfiguration of Jesus, the healing of a demon-possessed boy, Jesus’ prediction of His resurrection and money miraculously harvested from the belly of a fish. Perhaps the disciples realized it was time to get themselves in order.

Nonetheless, even if the question was not completely self-serving, it was still misguided. That is why the question caused Jesus to think about their need to humble themselves (vv. 2-5). Discussing humility caused Him to think of the ones who fail to humble themselves, and in so doing create stumbling blocks (vv. 6-9). Discussing stumbling blocks reminded Jesus that some of the “little ones” (micros, or opposite of the “greatest” mega) would wander off, and how happy His Father is when one of them is found (vv. 10-14). Discussing wandering sheep reminded Him that He expects His disciples to go and find such sheep. So, He laid out a restoration roadmap for confronting sin and restoring individuals to right relationship (vv. 15-20).

This seems to conclude Jesus’ teaching. He had sufficiently answered the question that the disciples raised. The only problem was that Jesus’ answer had caused a new question in one of the disciples. The logic flow of Jesus had bumped into some logic flow of Peter. He began to think about the implications of what Jesus was saying. Perhaps he began to think of some people who had sinned against him in the past. Maybe he had reluctantly forgiven them, only to watch them turn around and do it again. Knowing Peter, his patience would have been wearing thin. He understood that Jesus expected His disciples to extend mercy and forgiveness to a repentant brother or sister. But surely this had some limits? Even God draws the line somewhere. Right?

So, Peter had to get some clarification. He approached Jesus with a new question, “Lord, how many times shall I forgive my brother or sister who sins against me? Up to seven times” (Matthew 18:21)? Jesus responded with this, “I tell you, not seven times, but seventy times seven” (v. 22). My first response to those words is something like this, “That’s 490 times. Wow! Peter doesn’t get it. I mean, 490 times is a lot more than 7 times.” But the response is not meant to make us realize that Jesus expects us to forgive a lot more times. Instead, it is intended to make us realize that there really is no limit. As long as someone continues to recognize their fault and take responsibility for it we are to continue to extend grace and mercy.

In order to illustrate the point Jesus then told a parable. In the parable a king was settling his accounts. One man owed him an amount equivalent to an entire life’s worth of wages. Essentially this man owed his life, and it was more than he could ever pay. The king ordered all that this man had be liquidated in order to pay the debt. The man begged for forgiveness and the king had pity on him and cancelled the entire debt. Despite this incredible act of grace the man turned around and found another man who owed him an amount equivalent to a couple of months wages. Instead of showing the same kind of mercy that he had received from the king the forgiven man choked the other man, demanded repayment, and then had him thrown in prison. When the king heard about it he brought the forgiven man back in, rebuked him, and had him thrown into prison until he could pay back all that he owed, which would essentially be the rest of his life. Then Jesus says, “This is how my heavenly Father will treat each of you unless you forgive your brother or sister from your heart” (Matthew 18:35).

There is a saying that goes like this: Hurt people hurt people. It is a truth that plays out repeatedly throughout the Scripture. However, Jesus has a new expectation for those that will follow Him. His new saying goes like this: Forgiven people forgive people. When we hear the parable that Jesus tells Peter something automatically rises up within us at the overwhelming injustice of it. The story is so appalling that it is almost hard to stomach. That is exactly the response that Jesus is trying to invoke in us. Because that is a picture of how grotesque our failure to forgive others looks from the perspective of heaven. We owe a debt to God that is more than we could ever pay back. While God could demand our punishment, He instead has pity on us and declares our debt cancelled. Even the worst offenses on earth that we inflict on one another are pennies compared to the debt we owe God. He is glad to cancel our debts. However, he demands that we spend the rest of our lives extending that same type of forgiveness to others.