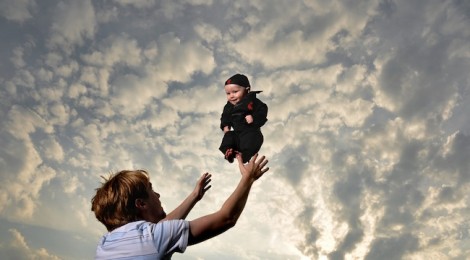 At the root of faith is trust. Faith cannot be built without trust anymore than a water molecule can be built without hydrogen. Trust is a key element in the formation of faith. In the New Testament faith, belief and trust all come from the same root word. They are practically interchangeable.

In the Garden of Eden the serpent’s strategy for bringing about disobedience was to promote mistrust. Before Adam and Eve ever partook of the forbidden fruit they began to question whether or not God really had their best interests in mind. They began to question their trust in Him. The enemy does not need to get you to lose your faith. He only needs to get you to lose your trust.

We have a tendency to focus on obedience. Obviously, obedience is important. However, obedience does not come before trust. Obedience comes because of trust. Jesus said, “If you love me, you will keep my commandments” (John 14:15). Obedience happens because we love God, and we cannot love Him unless we trust Him. What did Jesus say to His disciples just before the verse above? He said, “If you ask Me anything in My name, I will do it” (John 14:14). Can you hear what He was saying to them? Trust Me!

I recently read an interesting observation: Before God gave the Israelites the words to obey on Mt. Sinai, He first made spectacular attempts to win their trust in Egypt. The foundation of their faith was not the commandments on Mt. Sinai. The foundation of their faith was the trust that they gained in their deliverance from Egypt (see Deut. 6:20). Can you hear Him again? Trust Me!

The sin in the Garden of Eden is the same sin that has taken place in the garden of each of our hearts. We did not lose the battle over obedience. We lost the battle over trust. When we distrust God we ultimately end up disobeying Him. Once trust is lost obedience does not stand a chance.

I do not know what it is that has stolen your trust right now, but perhaps analyzing that is not really how God wants to win your trust today. Perhaps he wants you to take the leap. We call it a leap of faith. But all of us know that more than faith, it is really a leap of trust. He is calling all of us to trust Him more today. But don’t trust me. Just listen. Can you hear Him calling? Trust Me!