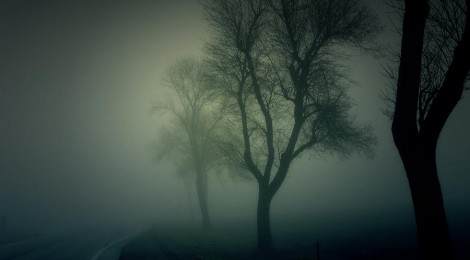 There came a definite point in which I became aware of the fact that my initial plans did not constitute the path on which I would continue. I knew that I would not pursue a post-graduate degree in biblical studies, but I had no idea what I would pursue. This was extremely difficult for me, because sometimes if I have a big question I just have to know the answer. So I began the process of trying to find that answer. I spoke with people who knew me well in order to see if they had any ideas. I searched through Scripture to see if any illumination would appear. I took career assessments in order to see if matching my strengths with vocations would bring me an Aha! And of course, I prayed.

Despite all of this I could not figure out what my future would hold, or even what my next step should be. Flustered, I finally faced the fact that I had no control in the situation. I was annoyed with God for not meeting my demands and threatened to meander purposelessly for the rest of my life. When he seemed unmoved by my threat I just pursed my lips and shook my head and offered one final sigh, “Whatever, God.”

It is kind of humorous now, thinking about a young, immature twenty-something trying to manipulate God by threatening to wander about aimlessly, and then pouting when there was seemingly no response. But it wasn’t funny then. Not in the least. That is, until the day I learned the secret about the book of Ecclesiastes.

I believe that the book of Ecclesiastes is one of the most misunderstood books in the Bible. I grew up believing that the book represented a negative example of what happens when a person of faith drifts into bitter disillusionment. In my mind Solomon was an agnostic at best when he wrote the book, and it made me question his eternal destination. That perspective is still quite prevalent among bible readers and commentators, especially those steeped in Western culture. However, this is a gross misunderstanding of the book.

In Judaism, Ecclesiastes is read aloud during Sukkot, which is better known among Christians as the Feast of Booths or Feast of Tabernacles. Jews refer to Sukkot as the Festival of Joy. Ecclesiastes and joy? Yes. Sukkot commemorates the wilderness journey of the Israelites (Lev. 23:42-43). Families construct temporary booths (so the name) in which they camp out and share stories, songs and food. Why is it a joyous festival? Because it is a reminder that this life is temporary, we are only passing through like nomads trekking to another land (Heb. 11:13-16).  The joy is that we do not have to be weighed down by the problems of this world, for our heart, home and treasure is in eternity (Matt. 6:21).

That is the same secret locked away in the book of Ecclesiastes. God has set eternity in our hearts (Ecc. 3:11). Yes, everything is vanity under the sun. However, all things eternal are above the sun. Ecclesiastes tells us to go ahead and enjoy life (Ecc. 8:15), while also telling us that all of our pursuits under the sun are ultimately like chasing after the wind (Ecc. 1:14). If your heart is set on life under the sun then the book of Ecclesiastes is depressing. But if your heart is set on eternity then this secret key will unlock the book and transform it into a festival of joy.

I did not know about any of this the morning that I woke up mad about not knowing what path I should take. But I had decided that God needed to know that I didn’t know, and that I was not happy about it. So, I tore into God. Let Him have it. Told Him He was going to wreck my life at this rate. I ranted for several minutes until I was able to finally remember that God not only knew that I didn’t know, but also knew what I wanted to know. Yet, for some reason He had chosen to keep it from me. Hmmm. Why would God do that?

I started to think about the weight of knowing. I considered how God was actively dealing with billions of people, their interactions, the consequences of their choices, and the accumulation of thousands of years of sin. It occurred to me that if God gave me a sip from the cup of His knowledge it would be more than overwhelming, it would be lethal. I cannot take in all of the stuff that God knows. I think it would literally kill me. Suddenly I was not so eager to know everything. I was grateful that God was protecting me. And suddenly I found myself relieved that I did not have to know. That is when it hit me:

I think I will leave the knowing up to God, and I will focus on the trusting.

And just like that, as if a light switch had flipped, I suddenly found my Aha! I started laughing about the fact that I did not know, and rejoicing about the fact that I did not have to know. I was giddy. I kept ruminating on the revelation and each time I only giggled more. About that time my roommate came home for lunch and found me giggling in the kitchen. He asked me what was so funny.

I looked at him and said, “I don’t know!” And at that point my giggles turned into uncontrollable laughter. The more he stared the more I laughed. And the more I laughed the less I breathed. Any question he asked I could only answer with, “I don’t know,” which only sent the laughter to new heights. Eventually he began to laugh too. And after a couple of minutes he finally managed to breathe enough to gasp out a complete sentence.

“The funny thing is,” he squeaked, “I don’t know why I’m laughing.” The three words threw me to the ground. It was almost more than I could bear. I have never laughed so hard before or since. Eventually we calmed down a little bit, and once I assured him that I had not taken to drugs I explained the revelation that had come to me and the overwhelming joy that followed. For about 48 hours I could not say the words I don’t know without laughing. That was more than ten years ago. It still makes me laugh.

If you have been flustered by the not knowing perhaps it is time that you let go of the knowing and focused on the trusting. And if you’re willing to accept it you could be laughing harder in a moment than you have ever laughed before. How? I don’t know.

← For What It’s Worth…Facebook, Relational Spaces, and Friendship Types
Trust Me →