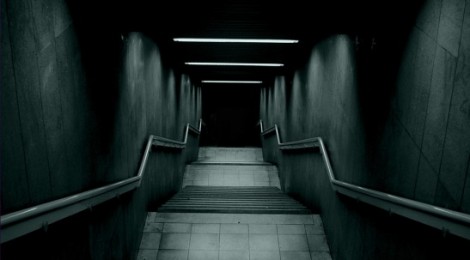 I want to say this up front. I am challenged by what follows. In fact, I don’t really like today’s post. As I contemplate it I have a lot of buts. When I look at the picture above in light of the concept below it fills me with a sense of dread. However, I am pushing through because I think that I need today’s post. I need it as bad as anyone.

I am talking about humility. I have written on humility before, and I love the balance in that post. It allows me the opportunity to guard against shame. And if I am constantly guarding against shame then anytime that I get uncomfortable with what the Blue Man might be trying to teach me about pride and/or humility I can simply reason with myself, “This has gone too far. It cannot be from the Lord.” But the truth is that much of the discipline of humility is about lowering oneself. And while I am not here to beat myself up with either pride or shame, there is no doubt in mind that I can go lower still.

I have tried to define humility in different ways at various points in my life. Perhaps the closest we come to a biblical definition of humility is given to us in Philippians 2. First, consider these verses:

Do nothing out of selfish ambition or vain conceit. Rather, in humility value others above yourselves, not looking to your own interests but each of you to the interests of the others. 2:3-4

At the very least these verses give us a clear command. That is, we are to value others above ourselves. I don’t know about you, but for me that is a tough pill to swallow. I understand that one of the things NOT being said here is to think that others have more value than I do. It is obviously more of a call to humility in action than to think poorly of myself. In fact, an important aspect of humility is NOT thinking lowly of yourself, but thinking rightly of yourself. The problem is that by the time I remind myself of that very point I am normally content to drop the whole question of humility altogether. Thus, nothing changes. So, I am not letting myself do that this time. I am sticking with these questions: What does it mean to value others above myself? What does it mean to lower myself? What does it mean to grow in humility?

There is something to this idea of lowering and raising. The passage mentioned already says to put others above. Romans 12:3 states that we should not think more highly of ourselves than we ought. 1 Corinthians 1:28 says that God chooses the lowly things in this world. When Jesus said that He was humble in heart in Matthew 11:29, the word literally means low-lying, which is why many versions rightly translate the phrase lowly in heart. Then there is this parable:

When he noticed how the guests picked the places of honor at the table, he told them this parable:  “When someone invites you to a wedding feast, do not take the place of honor, for a person more distinguished than you may have been invited. If so, the host who invited both of you will come and say to you, ‘Give this person your seat.’ Then, humiliated, you will have to take the least important place. But when you are invited, take the lowest place, so that when your host comes, he will say to you, ‘Friend, move up to a better place.’ Then you will be honored in the presence of all the other guests. For all those who exalt themselves will be humbled, and those who humble themselves will be exalted.” Luke 14:7-11

Did you notice the up and down language? He spoke of the lowest place and being asked to move up, all in the context of honor, position, humility, humiliation and exaltation. There is some sort of connection between humility and moving lower. And if we are going to understand that connection we must turn and look at the example Christ set before us. And that brings us back to the second chapter of Philippians.

That is exactly what Paul tells us to do. He tells us to have the same mindset as Christ (2:5), and then goes on to show us what that mindset looks like. And what do we see? We see Jesus moving, and we see Him moving lower. The first step is the lowering that takes place in the incarnation itself. That is, Jesus who is equal with God let go of His position in Heaven in order to come down to earth. This step took a lowering because the whole earth cannot contain God. Solomon once put it this way, “But will God really dwell on earth? The heavens, even the highest heaven, cannot contain you. How much less this temple I have built” 1 Kings 8:27! Solomon knew that the highest (there’s that word again!) of the heavens could not actually contain Him. So, how low was it that He would actually come to earth?

This step is mind boggling. No other religion offers anything quite like it, God becoming human. In fact, many religions, such as Islam, consider the idea to be offensive. God lowering Himself at all, that much more to human form, is considered blasphemy. But again, Christ was not done.

He could have come in human form and taken on the life of a glorious king in all of his splendor. But Christ chose to take on the nature of a servant (v. 7). At this we are almost speechless. However, Christ wanted to go even lower.

He could have lived a long and healthy life as a servant and then died peacefully. But Christ chose to go lower than a servant, and He became a sacrifice. He humbled himself by becoming obedient to death (v. 8). Surely this is as low as He can go! Surely there is nothing lower than death! As shocking as it is, Christ wanted to go one step lower.

He could have died any number of ways. But He did not just choose to die for us. He chose to become a curse by dying even on a cross (v. 8). Deuteronomy 21:23 says that anyone hung on a tree is under God’s curse, something of which Paul reminds us in Galatians 3:13.

There is no step lower than cursed by God. Jesus went to the very lowest place, and in return God exalted Him to the very highest place.

Therefore God exalted him to the highest place
and gave him the name that is above every name,
that at the name of Jesus every knee should bow,
in heaven and on earth and under the earth,
and every tongue acknowledge that Jesus Christ is Lord,
to the glory of God the Father.

We cannot do what Jesus did. We do not have to go to the lowest step, and we cannot be exalted to the highest place. However, in Christ we are given the pattern that we are to follow. That is, we are to lower ourselves as low as we can go. And we are promised that the lower we go the higher we will be exalted by Him.

I am not really sure just how low I can go. I have my doubts about it. But I do know this, I can go lower than the step on which I am standing right now. So I intend to take at least one more step lower. Will you?

Leave a Reply to lbtk Click here to cancel reply.