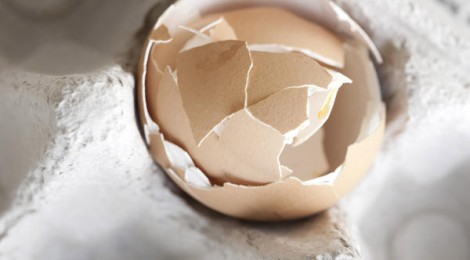 Have you ever heard the phrase come undone? We use it to refer to situations where everything suddenly seems to fall apart. We use it to describe a person’s loss of composure when they are upset or in a panic. There are times in our lives when the circumstances around us, and perhaps the peace within us, get knocked off of their axis. Few things are as disorienting as coming undone.

In Luke 7:18-50 we read about two different people who had come undone. The first one is John the Baptist, who sent two of his disciples to question Jesus. The second is a nameless woman who had “lived a sinful life” and showed up at the house of a Pharisee named Simon. It may seem strange to try to connect these two. Yet, there they sit in the Gospel of Luke, side by side.

In the case of John the Baptist it is somewhat perplexing to hear the question that his two disciples were sent to ask:

Are you the one who is to come, or should we expect someone else? Luke 17:19

So, yes, it seems a little strange to witness that same John the Baptist questioning whether or not Jesus really was the one. In fact, it is so surprising that some have tried to reason that John was actually only sending his disciples to ask that question for their personal benefit and not because he had a sincere question. However, Scripture does not hint at such a possibility. What Scripture does tell us is that John sent that message while he was imprisoned.

Perhaps John could not understand why his cousin seem unconcerned about his situation. Perhaps John sensed that his time was short and needed some final reassurance to maintain his resolve. Perhaps John had always assumed, as seemingly did all of Jesus’ disciples, that Jesus would manifest His Kingdom in a more literal and immediate away. But again, all of that is speculation. Whatever the case may be, given that John was spending his time in the dungeon where he would soon lose his head, I think it is understandable that he seemed to come undone.

Juxtaposed to the righteous John is the sinful woman:

Even to the detached reader the scene seems strangely inappropriate at best. A woman who is coming undone, kissing Jesus’ feet, and washing them with her tears and hair? As we familiarize ourself with the story the shock value fades a bit. We cheer on Jesus for flying in the face of the self-righteous hypocrites in the room. We love Him as the one who makes room for the sinner. We celebrate His stand against societal injustices. But the truth is that nine out of ten of us would have scoffed at this woman had we been there that day.

The opposite of coming undone is holding it together. We pride ourselves on holding it together. But Jesus prizes those who come undone. In both cases Jesus honored the individuals who were seemingly falling apart. Of John, Jesus said he was more than a prophet, that none greater had been born among women. Of the sinful woman, Jesus said her coming undone was a sign of her great love, which in turn was a sign of one who had been forgiven many sins.

Coming undone might be offensive to us, but it is not offensive to Jesus. He could see what others could not. That is, when someone comes undone something beautiful comes forth. Luke says that when John’s disciples asked Jesus the question it was precisely the same moment when Jesus demonstrated the power of the Kingdom of God.

At that very time Jesus cured many who had diseases, sicknesses and evil spirits, and gave sight to many who were blind. Luke 7:21