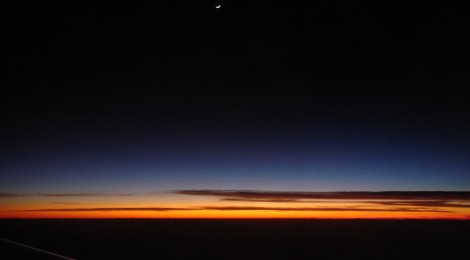 I was reading a post on difficult transitions yesterday and it got me thinking about a lot of different difficult seasons in my life. Not all of my transitions have been difficult. Some of them were short and sweet. Barely perceptible. But anytime I use a phrase like, I am in a season of transition right now, it is a safe bet that things are pretty tough.

When I think about transition one of the places that I always get taken back to is when Emily and I were expecting our first child. I go there not just because the birth of your first child is one of life’s more monumental transitions, but also because of what I learned about the transition phase of labor as we anticipated our daughter’s arrival.

In labor transition happens as the body adjusts for the last few centimeters of dilation. It is also the time that the baby gets positioned in the birth canal. For many women this is accompanied by an overwhelming urge to push. However, if the mother is still in transition then it is possible that the cervix is not fully dilated, or that the baby is not yet properly positioned, or both. Pushing too hard at that point can cause the baby to bear down on the uterus, and swelling from the pressure can reverse dilation. So, pushing in transition can be counterproductive to the birthing process, and potentially dangerous for both mother and child.

Interesting. Transition brings about an overwhelming urge to push. Yet, pushing when you are in transition can be counterproductive, or even dangerous.

But there are some other things to consider about transition. We often perceive transition to be a crisis, and from the examples mentioned already obviously it can indeed be a crisis. However, the word for crisis in modern Hebrew comes from the ancient biblical word for birthstool. Often what we perceive to be a crisis is in fact new life that is trying to come forth. And yes, sometimes that new life only comes forth through much travail, but there are other times when it simply comes forth with a simple call.

We have three children (with a fourth on the way), and when we are in the everyday transition of walking out the door any one of our three children is likely to suddenly stop in mid-transition and stare off into space, causing the rest of us to come to a screeching halt. Unless we are stressed from running late it is actually quite comical. But stressed or not I am amazed at the fix to this particular form of being stuck in transition. I simply call the hampered child’s name. And at that point they snap out of their pause and carry on.

So, if you are in transition here are four important things to remember:

Whatever stage of transition you are in you can take solace knowing this. Transition doesn’t last as long as you fear, it is more predictable than you believe, and it will bring you the joy of new life on the other side. So. Breathe in. Breathe out.