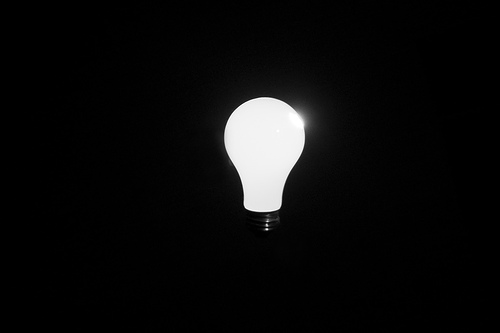 February 6, 2012 · by Jonathan Stone · in bible, genesis
This is a six part series covering the first three chapters of Genesis and the last three chapter of Revelation. These posts are not intended to be full commentary on each chapter. Rather, I will pick out a few key points, while trying to discover the major theme of the chapters as a whole. If you have never read those six chapters together I encourage you to block out some time in order to do that at some point. When read in one sitting they give a sweeping picture of the big ideas in the bible. All the other stuff in between these six chapters are the details, how the story plays out in individual lives and specific moments in time. I am borrowing the title from a series preached by Kelvin Page at Westmore Church of God in 2011. Although the contents of his series was different, the title is his idea. At the end of this post you can read Genesis 3 (NIV) in its entirety. Or you may want to click here and select the translation of your choice.

Enter the serpent, who was more crafty than any of the wild animals the LORD God had made (v. 1). His entrance is bold, as he puts himself between the woman and God.

The serpent starts by asking if God really said they could not eat of any tree in the garden. Of course, God said no such thing, and the woman is quick to clarify that to the serpent. However, the question was not designed for accuracy or clarification. It was designed for impact. Undoubtedly the serpent’s question raises all sorts of other questions: What EXACTLY did God say? And why did he say it? Is he holding something back from us? Is this fair? Does he have our best interests in mind?

The serpent has been corrected, but the impact of his question would certainly linger. But before those questions can settle the serpent moves on to a more direct assertion about what would happen if they partook of the forbidden fruit. The serpent claims that they would not die, but would in fact become like God, knowing good and evil (vv. 4-5). At this the woman notices that the fruit was desirable, and she took it and ate it. She then gives some to her husband, who we now learn was with her, and he also took it and ate it (v. 6). At that moment their eyes were opened. They realized that they were naked, and so they sewed fig leaves in order to cover themselves (v. 7).

Something feels wrong in all of this, and our concern will only grow. In the next verse God shows up. Instead of running to the loving, powerful creator that we met in the first two chapters the man and woman hide from him (v. 8). Once they come out of their hiding we see guilt, shame and fear (vv. 9-10). God asks Adam a yes or no question, “Have you eaten from the tree I told you not to eat from” (v. 11). But Adam does not answer with a simple yes. He takes the opportunity to deflect some of his guilt towards the woman, and even God, “The woman you put here with me–she gave me some fruit from the tree, and I ate it” (v. 12).

It is a tragic scene. She did it. And you put her here. The relationships have been crushed. God, who tenderly and lovingly created all of this for them, is now to blame. Woman, who evoked awe and wonder in the man when she was presented to his face, is now to blame. Adam blames everyone but himself. Indeed, the life they knew was now dead. And with Adam’s deflection and blaming we see a new beginning. We see, as Jackie Johns puts it, the genesis of sexism.

The pattern of shame and fear continue as the woman blames the serpant. And at that God has heard enough. He prounounces his judgment. The serpant, who got the woman to eat, will now have dust (the stuff the man is made of) to eat (v. 14). His fate is foretold, and his ultimate undoing lies within the seed that is within the woman (v. 15). To the woman her deliverance will not come easy. The seed will be brought forth with much pain. And after desiring the fruit, she will now find herself desiring her husband (v. 16). The woman will try to control the man, and the man will try to rule over the woman. Thus, we learn that the sexism that began will continue. To the man he now learns he has cursed the ground that he was working, and will continue to work. He will provide for himself though much toil, and then return to the ground from which he came (vv. 17-19).

With the judgments proclaimed the healing can begin. Adam names the woman Eve, because she would become the mother of all the living (v. 20). He still loves her. With the tender act of naming her we learn that Adam already sees hope in the midst of the tragedy, and the process of redemption begins. God sews for them new clothes, these garments made from skin (v. 21). They are covered, and no longer need to dwell on their newfound shame.

The broken relationships between the man and the woman, and between them and God, have been reconciled. Yet, consequences remain. The man and woman are banished from the garden, driven out east of Eden, lest they taste of the other tree (the tree of life) and live forever in their broken state. In this we behold both the kindness and severity of God (c.f. Rom 11:22). His judgment is just, and it is indeed “a fearful thing to fall into the hands of the living God” (Heb 10:31). Yet, his promise is sure. He has made a way where there was no way, something he will do again and again.

1Now the serpent was more crafty than any of the wild animals the LORD God had made. He said to the woman, “Did God really say, ‘You must not eat from any tree in the garden’?”

4 “You will not certainly die,” the serpent said to the woman. 5“For God knows that when you eat from it your eyes will be opened, and you will be like God, knowing good and evil.”

6 When the woman saw that the fruit of the tree was good for food and pleasing to the eye, and also desirable for gaining wisdom, she took some and ate it. She also gave some to her husband, who was with her, and he ate it. 7Then the eyes of both of them were opened, and they realized they were naked; so they sewed fig leaves together and made coverings for themselves.

8 Then the man and his wife heard the sound of the LORD God as he was walking in the garden in the cool of the day, and they hid from the LORD God among the trees of the garden. 9But the LORD God called to the man, “Where are you?”

10He answered, “I heard you in the garden, and I was afraid because I was naked; so I hid.”

11And he said, “Who told you that you were naked? Have you eaten from the tree that I commanded you not to eat from?”

12The man said, “The woman you put here with me—she gave me some fruit from the tree, and I ate it.”

13Then the LORD God said to the woman, “What is this you have done?”

The woman said, “The serpent deceived me, and I ate.”

14So the LORD God said to the serpent, “Because you have done this,

“Cursed are you above all livestock    and all wild animals! You will crawl on your belly    and you will eat dust    all the days of your life. 15 And I will put enmity    between you and the woman,    and between your offspring[a] and hers; he will crush[b]your head,    and you will strike his heel.”

“I will make your pains in childbearing very severe;    with painful labor you will give birth to children. Your desire will be for your husband,    and he will rule over you.”

17To Adam he said, “Because you listened to your wife and ate fruit from the tree about which I commanded you, ‘You must not eat from it,’

“Cursed is the ground because of you;    through painful toil you will eat food from it    all the days of your life. 18 It will produce thorns and thistles for you,    and you will eat the plants of the field. 19By the sweat of your brow    you will eat your food until you return to the ground,    since from it you were taken; for dust you are    and to dust you will return.”

20 Adam[c] named his wife Eve,[d]because she would become the mother of all the living.

21 The LORD God made garments of skin for Adam and his wife and clothed them. 22 And the LORD God said, “The man has now become like one of us, knowing good and evil. He must not be allowed to reach out his hand and take also from the tree of life and eat, and live forever.” 23 So the LORD God banished him from the Garden of Eden to work the ground from which he had been taken. 24 After he drove the man out, he placed on the east side[e]of the Garden of Eden cherubim and a flaming sword flashing back and forth to guard the way to the tree of life.

← Growing Up With You
Scream →