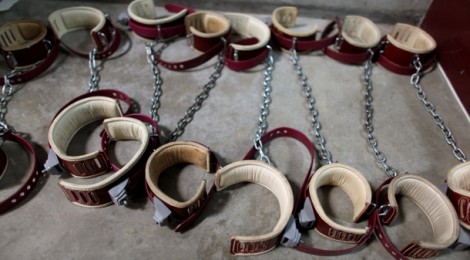 I joined Twitter in 2007. It wasn’t very large yet, at least in terms of users, but it was creating a buzz. I did not really know what to do with it, and so I didn’t do much at all. Then a couple of years ago I watched this TED talk by Ethan Zuckerman. He tells the story of a Twitter campaign that went viral during the 2010 World Cup. It was a campaign to save an endangered Amazonian bird. There were tweets flying around the twittersphere explaining that if you retweeted the phrase, Cala a boca, Galvão, then five cents would be donated to help save the rare Galvão bird. As it turned out there is no such thing as a Galvão bird. The phrase Cala a boca, Galvão in Portuguese actually means, “Shut your mouth, Galvão.” It refers to a famous Brazilian soccer commentator named Galvão Bueno. He has become known as a cliche machine who can ruin the most interesting match, as well as a commentator prone to making major gaffes on and off the air. He has also built a reputation for being one of the rudest commentators behind the scenes that one will meet. The consensus among Brazilian soccer fans was that he needed to go, and they successfully figured out how to get “Shut your mouth, Galvão” trending on Twitter for the entirety of the 2010 World Cup.

Zuckerman opens with this story in order to illustrate how, on the one hand, Twitter is a global phenomenon with a truly international representation. And on the other hand, most Americans on Twitter are largely out of touch with the rest of the globe that is conversing there. The reason that this is true is that Twitter, like any good 21st century computer application, is designed to allow the user the ability to choose which parts of the endless sea of information available on the web actually make it onto said user’s Twitter timeline. He goes on to give some suggestions on how to open up your Twitter world in order to experience a true global community.

So, I went back to see who I was following on Twitter. Sure enough, I picked all of my interests. I was following certain sports writers, athletes, and team pages. I had several dozen personal friends that I followed. I was also following a select number of major and local news outlets, as well as a few random interests of mine. In other words, I was listening to the same ol’ white guys. So, I decided I would try something different. I began to search out bloggers from various regions in the world who were also on Twitter. Once I cracked a region I looked at who those individuals were following and followed them as well. I noticed who my new circle retweeted and also followed them. I continued that way until I felt like I had a good grasp on the region. Before you knew it I felt like a true global citizen. It was around that time that the first of the Arab Spring began happening in Egypt. I continued to follow the rest of the world, but was particularly interested in the developments in Egypt, which soon spread to other countries in North Africa and the Middle East. I would tell my wife about awful developments (often with videos to prove it) in some of these places, then wait for the stories to pop up on major news outlets like CNN. It often took days.

But something else happened during that time. I noticed something in me that I never knew was there. I noticed some prejudice I had against Egyptians and Arabs and other middle easterners. I was able to notice it only because my heart had begun to open towards them. I began to feel a genuine empathy for the atrocities they were experiencing, admiration for the courage they had to lose their lives for the cause of freedom, and deep love for them as a people. In light of my open heart, my past views were exposed.

Recently a few fairly famous Christian leaders who take the complementarian view (as opposed to the egalitarian view) of the role of women in marriage and religious leadership have made some headlines. More specifically, Mark Driscoll did so here and John Piper did so here. This is not a new debate (relatively speaking), neither for American Evangelicalism nor for me personally. In fact, I gave up on debating this issue about four years ago when my own denomination declined to remove any and all restrictions for women in ministerial leadership (it should be noted that two years ago my denomination did remove the only remaining restriction in the local church, and has a long standing history of female pastors and female licensed ministers).

But there are three things that compel me to put forth my view one more time. First, it occurs to me more than ever that my three daughters might want to follow in line with their mother and grandmother, and pursue ministerial license within our denomination. If they do, I pray they will be able to do so with female representation on their respective examining boards, regional council, regional bishops, and elected international leadership. Second, I believe more is on the line than ever. The most outspoken and well-known complementarians come from congregational traditions, where their views primarily impact their congregants. Even in a congregation like Driscoll’s Mars Hill, which is more than ten thousand members, we are talking about a relatively small amount of people. The decisions of my denomination, on the other hand, impact over seven million people. Third, I am finally convinced that I know what the problem is.

And that leads me to the book of Philemon. It is one of those short (335 words), one-chapter books near the back of the bible that many folks never get around to reading. Paul is writing to an apparently wealthy man named Philemon. The church in Colosse met in his home, and it seems there had been some sort of issue with one of his former slaves named Onesimus. The slave evidently ran away at some point, but became a believer and then a helper to Paul while he was in prison.

Paul is writing Philemon in order to ask him to receive Onesimus back, but not as a servant. Paul wants Philemon to take him, “no longer as a slave, but better than a slave, as a dear brother” (v. 16). Paul says that Onesimus (his name means “useful) was “formerly useless to you, but now he has become useful both to you and to me” (v. 11). All of this, of course, has fascinating connections to the current dialogue on the issue of women in ministerial leadership. However, it is something else in the book that has my attention at the moment. That is the way that Paul begins his request. He says, “Therefore, although in Christ I could be bold and order you to do what you ought to do, yet I prefer to appeal to you on the basis of love” (vv. 8-9). Evidently Paul had some grounds to demand Philemon to take Onesimus back and grant him this brotherly status. But he wants to appeal to him on another level, the level of the heart. It is not an unprecedented request from Paul. He used it in some of his other letters, perhaps most notably in 2 Corinthians 7:2 when he pleaded, “Make room for us in your hearts.”

Frankly, I am tired of the arguing points. There are so many well-written sources that address every single question that members of one side of this debate have for the other that I feel that I have nothing to add. Personally, I can find no good reason to hold the complementarian view (and I have honestly tried). And I know that my conclusions will likely change no one’s mind.

I understand that not everyone has had the opportunity to work their way through all of the talking points on this debate. Not everyone has had the privilege of looking at every verse, placing the views within a systematic theological construct, figuring out the hermeneutical implications of interpreting a certain verse (sometimes tiny phrase) one way or the other, etc. So, I understand why some members of my church hold that view. But when someone who has dedicated their life in order to answer exactly that type of question searches for the best response to this question and espouses the type of stuff that Piper and Driscoll stated recently, I want to say, Cala a boca, Galvão.

I could say that. Just like Paul could have told Philemon, “Look, I am telling you to do this whether you want to or not.” I may not be able to order people to change their views like Paul, but I can make both the observation and appeal on a different level, just like Paul did.

So, I am now convinced that I know what the problem is. The problem is that the only way to come to these complementarian conclusions is to keep your heart closed on the matter. I have always strived for the most conciliatory approach when possible, but I see no other way to put this. If you insist on holding this view on women your heart is not truly open to women, any more than my heart was opened to Egyptians. So, to all of the complementarians you are to me my Philemon. We do not know how Philemon responded, and I am certainly no Paul. I doubt that my words will prove efficacious. Nonetheless, I now offer my appeal:

See here, my mother, my wife, my daughters…see all of my spiritual mothers and sisters and daughters. See any one of them and see Woman. Bone of my bones. Flesh of my flesh. She has not been useful to you, but she is a great use to me. I appeal to you on the basis of love, as your brother. Open your heart. Receive her better than a helper, but as a dear sister. She is very dear to me but could prove even dearer to you, both as a human and as a sister in the Lord. Welcome her as you would welcome me.

The grace of the Lord Jesus Christ be with your spirit.

Leave a Reply to duanemiller Click here to cancel reply.

← Reconciliation
Growing Up With You →