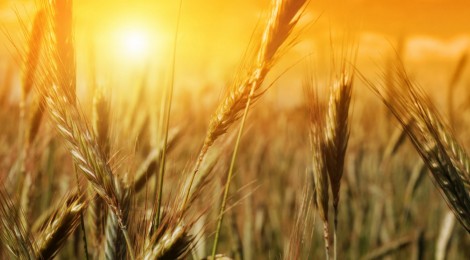 The Gospel of Matthew is broken up into five discourses. The fourth discourse, which is found in eighteenth chapter, is often called the Discourse on the Church. So-called because in it Jesus teaches His disciples that the church is called to be an eschatological community. That is, the church is called to live by and demonstrate the values and ethos of the coming Kingdom of God. If this is what Jesus expects from His church how do we assess ourselves in light of the standard that He has set for us?

This teaching from Jesus was launched by the disciples’ question, “Who is the greatest in the Kingdom” (Matthew 18:1). In the first fourteen verses Jesus managed to take the disciples’ pursuit of greatness (Greek word – mega), and flip it upside down and turn it around in order to focus their attention on the “little ones” (Greek word – micros). In so doing He showed the disciples that they were headed in the wrong direction. He also told them that “unless you turn…you will never enter the Kingdom of Heaven” (Matthew 18:3).

I want to deal with the fourth way of turning. That is, the turning in order to deal with one another’s sins. One of the important points made by Jesus in His teaching on confronting sin comes to us in the very first verse of this section. He says, “If your brother sins against you, go and point out his fault, just between the two of you. If he listens to you, you have gained your brother” (Matthew 18:5). A critical aspect that Jesus revealed here is that the point of dealing with sin is redemption. The purpose for confronting one another’s sins is not for lording it over one another. Rather, it is in the hope that you will “…have gained your brother.” There are a myriad of possible reasons motivating one person to confront the sin(s) of another person. However, there is only one motivation that lines up with the heart of our Father in Heaven. That motivation is the redemptive purpose of gaining the offender back into healthy relationship.

The word that Jesus used that is interpreted “gained” is an interesting one. The word (kerdaino in Greek) is an ancient mercantile term for exchanging or trading goods.  It is only used in eight places in the New Testament, four times in the Gospels and Acts and four times in the epistles. The word can simply refer to the profit that is made in trading, which is how James used the word when he warned about devising plans to make a profit without concern of the will of God (James 4:13-15). However, not everything that can be gained is profitable. Paul used the term to tell the men on his ship that they “gained disaster” when they failed to take his advice (Acts 27:21).

Those examples refer to material gain. However, in the bible the word more often refers to eternal matters rather than temporal gain. That is why Jesus used the term when He posed the question, “What good is it to gain the whole world, yet forfeit your soul” (Matthew 16:26; Mark 8:36; Luke 9:25)? It is also the term Jesus used in the parable of the bags of gold, in which the two servants who gained more wealth by using the riches entrusted to them were rewarded, while the servant who only preserved the bag of gold by burying it was punished (see Matthew 25:14-30). The moral of the parable is that the things that have been entrusted to us by God are not meant to be held onto and preserved. Rather, they are meant to be leveraged for the sake of the Kingdom, gaining as many as will come.

In the Kingdom the only true gains to be made are eternal gains. The closest thing to a selfish gain that we might pursue is reflected in Paul’s comment that he considers everything he had gained in terms of earthly standing as loss, in order that he might gain Christ (Philippians 3:8). But even in that self-oriented pursuit we learn that we cannot gain greatness (mega) in the Kingdom by looking after ourselves, but only by offering ourselves for the sake of the “little ones” (micros) around us.

When we look at the last few places that this word “gain” shows up we see that it makes known explicitly what the other passages implied. That is, the only true gains in the Kingdom come when people are gained to it. That is why Paul says, “Though I am free and belong to no one, I have made myself a slave to everyone, to gain as many as possible” (1 Corinthians 9:19). It is also why Peter told spouses who were married to unbelievers to submit to their unbelieving spouses in order that they might be “…gained without words, but by your behavior” (1 Peter 3:1). Finally, it is why Jesus stated in our passage that the great hope of confronting sin is that in the end we might “…have gained a brother” (v. 15).

There is a system of exchange in Heaven, an economic system of sorts in the Kingdom. However, the goods exchanged in that system are not temporal, they are the eternal souls of men and women. There are things being achieved in the Kingdom of God. Yet, those accomplishments are not individual greatness. Rather, those accomplishments are Kingdom gain. If you really want to be great in the Kingdom then here is what you must do: forget about your personal pursuits and prioritize the needs of those around you; give special attention to the ones that no one else seems to be concerned about; gather and steward the resources God has entrusted to you so that you can leverage every single one of them for the sake of the Kingdom; and never forget that the only thing that can be gained is people. You may not be declared the greatest in the Kingdom, but if you do those things you will be rewarded for the gains you brought with you. And so in this week’s passage we hear Jesus once again. This time He is saying, “Unless you turn and confront the sin of your brother or sister in the hope of the gain of the Kingdom, you will not enter the Kingdom of Heaven.”

← And The Pendulum Swings Wide…Thoughts on Narcissism
Good Night. →