Home   /   From the Shelf: The Sullivan Crisp Novels 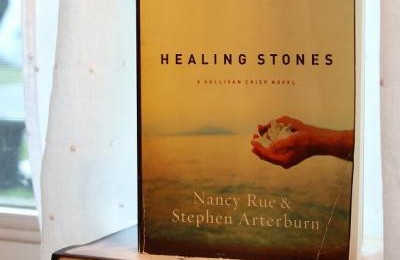 From the Shelf: The Sullivan Crisp Novels

I am excited to be starting a new genre of posts…book reviews/recommendations!  Some of these posts will be like introducing you to some of my dearest friends.

I have a confession to make.  I am a recovering Christian book snob.  It isn’t a very pretty side of me.  There were years when I turned my nose up at Christian fiction, my stomach unsettled from what I interpreted as sappy prose unnaturally seasoned with out of touch clichés and Christian-ese.  At age 12 I adored the “Love Comes Softly” series, but somewhere between preadolescent sentimentality and college skepticism my taste buds…and attitude…changed.

I probably stayed in this stream of opinion until somewhere in my mid-twenties when a respected friend or four started recommending certain books that reached in and grabbed my heart and read my struggles like a caring sister.

The irony is that my twenty something attitude likely claimed the Christian books were closed to the world when my mind was closed shut to any options available by authors who labeled themselves Christian…until I read Anne Lamott…but she is an entirely different genre altogether.  I might have her to thank, however, for bringing me back to “Christian” authors and for those of you who know of her…that is down right hysterical.

As with most things, an open mind is an asset even when it comes to overtly Christian literature and since becoming “enlightened” in my mid-twenties I have experienced some books that have become some of my dearest friends.

I want to introduce you to my latest dear one.

Whatever the reasons…I am thrilled to have made this new acquaintance and want to introduce him to you as well!  As of now there are three novels and I have read the first two.  I know some of my friends have already read all three…devoured is probably the better word choice.

From extramarital affairs committed by “Christian” professors at “Christian” schools to the sometimes shallow lives of “Christian” celebrities to eating disorders…these books are full of broken people where issues are exposed, confronted, and healing is not the title of a service by a television evangelist, but the deep, groanings of a Holy Spirit working through the cracks of our own heavily made up façades.

Reading these books is a little like therapy.  At least that is what I have heard from others.  I think I agree.

For some of you…they will likely make you uncomfortable.  For others of you…they still aren’t Nobel literature winners although they have won some “book of the year” awards.

I do promise that they are worth the read.  I don’t promise you will agree with everything.  You will likely have to spit out some bones and if you are a fellow therapist you will find some unconventional methods that make you a little nervous.  The novels are also largely Western, white, and middle class.

Start with the first one: Healing Stones.  I just know you are going to love these new friends as much as I do.  I can’t wait to read the third one!