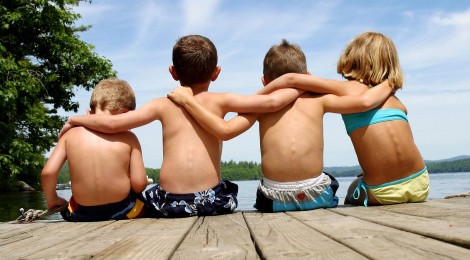 Relationships: The Good, the Bad & the Ugly

If you listen to enough testimonies you will discover that there are certain themes that pop up over and over again. One of those common themes is the impact that a specific relationship had on a person’s life. You will often hear something along these lines: “…and then I met ________ and everything changed.” Even people who do not remember a specific moment in which they gave their lives to the Lord often tell of a Sunday school teacher, children’s minister, or youth minister who had a major impact on their lives. Relationships are a significant tool in the hands of God for growing our faith. Notice three things about relationships.

First, the good news about relationships is that they are often used to bring about a positive influence in our lives. The Scripture is replete with such examples. Jonathan saved David’s life, even though it required a sense of betrayal towards his own father. Elisha was prepared and anointed for ministry by holding fast to his relationship with Elijah. Ruth was brought into the lineage of King David and the Messiah by refusing to leave her beloved mother-in-law even after her husband had died. Esther saved the entire nation of Israel by heeding the advice of her cousin and confidant, Mordecai. The list goes on and on, but the point is that God uses people in our lives to accomplish His will.

Second, the bad news about relationships is that they often bring about a negative influence in our life. Many of us stumbled into something in life that tried to destroy us, something we had to later be delivered from. How many times did we first experience that thing with someone else? Amazingly, that is true almost every time! The Scripture says, “Do not be deceived: ‘Bad company corrupts good morals’” (1 Cor 15:33). Proverbs teaches us that, “He who walks with wise men will be wise, but the companion of fools will suffer harm” (Prov. 13:20). And of course there are plenty of Scriptural examples that illustrate this principle as well. We can see it in the relationship between Samson and Delilah (see Judges 16). We also see it in the relationship between the Gibeonites and the Israelites (see Joshua 9). We see it again in Saul’s relationship with Agag, the Amlekite king (see 1 Sam 15). We could list more, but the point is that the enemy uses people in our lives in his attempt to destroy our lives.

Parenting Our Children and Their Relationships

The idea of having to be intentional about choosing our relationships is not always a popular idea. This can be especially true for teenagers, who are in a natural stage of life where an inordinate amount of value is placed on one’s relationships. Guiding teenagers through these relationships at a time when they view reality through the lens of their social life can prove to be extremely difficult. However, despite the difficulty of addressing our children’s relationships we must engage the issue. Here are a few brief things to consider.

Third, once you have built the foundation in your child’s life for understanding the dynamics of influence begin to help them establish certain boundaries in their relationships. Make sure that they understand that boundaries are about much more than just rules. Boundaries are what enable us to maintain our personal sense of identity. When a child trespasses a personal boundary because of the influence of another person s/he has done more than broken a rule. Rather, that child has violated his/her own personhood, by living in a way that is incongruent with who they are so that they might find favor in the eyes of a person who does not have their best interests in mind.