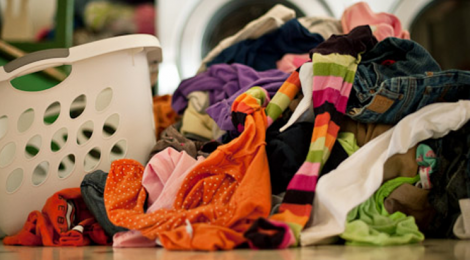 We were getting ready for our week of family vacation.  We were so, so, so excited.  I don’t think we had ever planned so well for a trip…don’t know if we had ever needed one quite as much.  We spent a week making lists, washing clothes, packing…

In the three days before we left drama and unrest sprang up in every sphere of my work…with students, with clients.  The reasons, the sources, the stories…they aren’t important for this telling (and unethical for me to tell!), but…the unrest, the anxiety…THEIR unrest, anxiety…it was catching and I found myself wanting to curl up and have a good cry.

A good cry probably would have helped.  The problem is that with three children around…I was finding it difficult…to have a good cry, that is.

I don’t think it is wrong to cry in front of children.  It was more of a logistical issue.  I would be about to curl up into a ball and one of the three children would need a band aide or a drink…or me to tell their brother to stop hitting them.

I saw the big pile of laundry that needed folding in the chair.  I knew that it had to be folded and put away or packed before we left…mostly because there were clothes IN that pile we NEEDED in order to go on the trip.

I point out this fact because I am not opposed to leaving laundry in a chair while we are on vacation any more than I am opposed to occasionally crying in front of your children.  Just ask anyone who visits my house.

I saw the laundry and I kept fretting.  I kept walking around, piddling, doing little things that surely needed to get done, but mostly piddling, worrying.  I finally told myself to go fold the laundry.  The pile looked so big, so much of the same clothes I fold every few days, every week, every month, every year.  The regularity of the task, the comforting, habitual nature of it, annoyed me…the idea of doing something I had already done thousands of times…something I knew how to do very well…seemed overwhelming.

I told myself to just pick up one piece.  The cloth napkins are easy to pick out of the pile, so I started with those.  I sifted through and pulled out all of the cloth napkins, folding them in a neat pile, grouping them by design, smoothing the creases.

I felt my chest relax.  The muscles in my neck were not as tense.  The children seemed content to play and I was content to keep folding.  The kids’ pajamas next, girls in one pile, boys in another.  I smiled as I folded Emmett’s spider man and army pj’s.  The pile was smaller.  Underwear.  T-shirts.  Clothes that need to be hung in the closet.

I looked down and all that remained were the socks.

Which I completely and totally abhor matching.

…because there are always several left without a mate.

That just seems like a complete impossibility and it usually infuriates me to no end…these socks that just lie there when all of the other ones have been mated.

I actually felt myself beginning to get angry with the socks.  How much sense does that make?  Then I told myself…gently…just do the best you can and put them away.  So I matched the socks and, without frustration, picked up the loners, putting them in the right drawers to hopefully find their mates later.

I sat down.  I just sat there for a while.  I sat there knowing that there was nothing else I could do about the student or the client.

I sat there a little bit longer just noticing what was going on inside of me.  Then I got up and finished packing.

All I really needed to do was fold a big pile of laundry I had folded thousands of times.

There is an idea in therapy that is talked about in a variety of ways, but in the end it could be called “self-parenting”.  The idea is that an adult is his or her own mother or father.  Here is another way to think about it.  When you are little, your caregiver likely told you when to go to bed, to go outside and play, to eat your vegetables, helped you arrange play dates (or whatever they called them then), took you to the doctor, etc.

Well-known marriage and family therapist, David Scharch says: “people who can’t control [parent] themselves, control the people around them.”

When the lives of others encroach on our own life because of poor boundaries, we end up losing control (or management or self-parenting) of our own.

Good or bad control.  It is still control.

I had nothing but goodwill desired for any student or client in distress, but my worry indicated that I believed I could control something about what was going on.

Did I have responsibilities in my respective roles…as teacher and therapist?  Sure.  I had fulfilled those already.  I had done what needed to be done.  To do anything else would not only be hard on me…it would probably be clinically and professionally inappropriate.

Then why did I keep worrying?

The difficult truth is that my fretting, my pacing, my piddling were actually much easier tasks in the short term than the initial hard work of parenting myself.

“Emily, stop what you are doing and just go fold the laundry.  You can do it.  Just start with a piece.  Don’t worry about the whole pile.  Just pick up a piece at a time.”

In that moment I was parenting myself.  I was telling myself to stop worrying about those other people and to focus back on my own stuff.

In John 21:21 we see Jesus helping Peter manage (parent) himself.

“When Peter saw him [the one whom Jesus loved who was following them], he asked: ‘Lord, what about him?”

When I was in graduate school, we were required to see a therapist as long as we were seeing clients ourselves.  I was a little frustrated about this requirement.  I had a newborn and any extra time away from her made me so anxious.  I haphazardly picked a therapist from the list and just happened to choose Sue, later of whom I heard people call “the therapist’s therapist”.  She was a wise, quiet, gentle woman in her late fifties, not afraid of silence and hard questions.  Walking back into her office was like walking into a warm, dark cave.  I would sink down into her couch and for an hour come face to face… with me.

One visit I was angry about something going on between two people I cared about. I was ranting about details of a situation, my words coming out like water from a faucet, flowing without stopping, when my therapist somehow found a break to question me, simply, piercingly: “Emily, what does this thing between “person A” and “person B” have to do with you?  What role do you have in this situation?”

I was shocked and completely wrecked.  It was too painful for me even to address in the session with her that day.  I was trying to control something that was not mine to control, creating a triangle, a relational web…doing the very thing we talk about in class every week.  I was indeed the client and Sue, the therapist.  Sue, with her questions, ripped open the truth and for a short while I was blinded by it.  I felt worthless.

Slowly over the next week my sight began to be restored.  I was not as wrecked and raw.  I had learned a powerful lesson I would never forget in my work…the distance (difference) between my clients and myself is very small.

And, I stopped trying to talk for “person A” to “person B”.

I stopped trying to talk for anyone else, for that matter.

Sometimes the most incredible advances in “self-parenting” take place when we become parents.  In some wonderful, mystical way as we parent our children, we are faced with the task of parenting ourselves.  The birth of my daughter catapulted me into this process.  Having your first child in the middle of a program where you are learning about child development and families is a sure fire way to wrestle with your own inadequacies…with your past, with your present, and the still not defined future.

In all of these questions looms the largest one: Am I good enough?

During this time a good friend and mentor to our family, Johny Taylor, asked me: “Emily, have you ever thought that maybe your imperfections are actually part of what God chose for Eloise, too?  That somehow He is in the good and the bad of you as her mother and it is all part of what He has for her?”  I wasn’t ready to hear that at all.  I wanted a perfect mother for my daughter.  Not one that was just good enough.

Perfect being more impossible than matchless socks, I ignored what seemed like the hard thing right in front of me (parenting a new baby girl) and focused on the easier, yet completely inappropriate, task of being angry over some random situation between my two loved ones.

That is, until Sue got a word in edge wise to ask me a simple question:

I learned to be a human being rather than a human doing.

We learn to parent ourselves from our own caregivers. The problem here is that none of us had perfect parents.  We all have to pick up where they left off.  But, we do have a promise: “I will not leave you as orphans; I will come to you.”  (John 14:8).  Ultimately, Sue, in her silence and with her good questions, was Christ’s ambassador that day…a messenger of the Spirit…and made a way in the desert (Isaiah 43:19).

She made a way for me to listen to God, the ultimate parent, to teach me His ways of parenting me.  He knows me best.

Sometimes, I need to tell myself: “Stop.  Go match those socks.”

← Easter: The Power to Die
Relationships: The Good, the Bad & the Ugly →