Home   /   Concerning Our Tribe: Letters from the Future 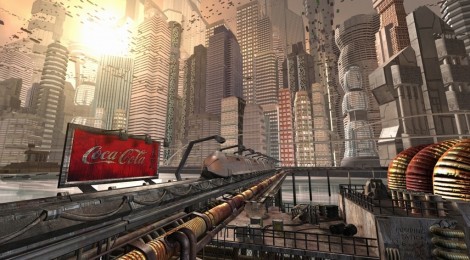 Concerning Our Tribe: Letters from the Future

April 4, 2012 · by Jonathan Stone · in church, deuteronomy, Letters from the Future

Today I turned ninety. I have been blessed with a long and fruitful life. Nothing brings me more pleasure than my four children, eleven grandchildren, and that precious great grandchild that came to us last year. I am so proud of each and everyone of you, and overwhelmed at the beauty of your families. But looking into the eyes of our newest addition has brought to me the realization that I may not get the opportunity to know very many from the next generation. That being the case, there are some things that I would like to pass along to you.

Deuteronomy 6:20-21 says, “In the future, when you son asks you, ‘What is the meaning of the stipulations, decrees and laws the LORD our God has commanded you?’ tell him: ‘We were slaves of Pharaoh in Egypt, but the LORD brought us out of Egypt with a mighty hand.'” In other words, when your children start asking you about your religion it is not time to give them an answer, it is time to give them your story. That is why I wrote such a detailed biography on your great grandmother and me. Perhaps it is a little too long, but at least you will have that story with you always.

However, as I have read back over the story recently I have recognized that there are some important things missing. In light of that fact, I have decided to write a series of letters to you, especially with my great grandchildren in mind, in hopes of filling in some of the gaps. Do not worry, they will be short, as I am doing it the old fashioned way and typing them in by hand (I actually can remember when people wrote with pens on paper!), and my swollen joints no longer allow me to do that for very long. So, let us begin with the topic of our Tribe.

Tribalism has not always been very popular. In fact, there was a time when it was almost lost, and with it the sense of identity that all of us need in order to move forward. One’s identity is fluid and evolving. It changes over time. Likewise, the collective identity of any tribe changes as well. Remembering where one came from is not an attempt to stop the evolution. When I was a child there was an old comic book character named Thor, who had supernatural powers and wielded a heavy, mystical hammer referred to as Mjolnir. Thor could reach back with the hammer, twirl it rapidly, and then sling it in the direction that he wished to go. Holding onto its leather strap the weight of the hammer would allow him to travel through space, time, and other dimensions. Likewise, we must reach back into our past in order to thrust ourselves forward into our future. If you forget your past then you can forget your future.

In the days that tribalism became unpopular we referred to is as denominationalism. A denomination is a unit of measurement, and like all measurements it was defined by the point at which it stops. In a similar fashion we defined our tribes in that day not so much by our collective identities, but by the places that we stopped moving and started camping. So, the groups that set up camp around the doctrine of baptism became known as The Baptists, the groups that emphasized the phenomenon on the Day of Pentecost in Acts 2 became known as The Pentecostals, the groups that followed a certain discipleship method became known as The Methodists, etc. These descriptors reflected points of disagreement more than the sense of identity that comes with a name. Your tribe has a history within that wider Protestant history of denominationalism as well. We were no different than the rest, and it almost cost us our future.

The Church of God was formed in 1886 in the Appalachian hills of eastern Tennessee and western North Carolina. We were a foolish, impoverished group of farmers and miners. We came out of other denominations because we felt that they had traded in their sense of both identity and movement in order to camp around man made doctrines. It was our desire to see a restoration of the New Testament church, and so we did not set out with the name Church of God. We simply called ourselves Christian Union, and referred to our hope of a fellowship of believers from all traditions as the Church of God. The meeting was called together by R. G. Spurling at the Barney Creek meeting house in Tennessee with these words:

As many Christians as are here present and desirous to be free from all man-made creeds and traditions, and are willing to take the New Testament, or law of Christ as your only rule of faith and practice; giving each other equal rights and privilege to read and interpret for yourselves as your conscience may dictate, and are willing to set together as the Church of God to transact business as the same come forward.

We see in Spurling’s call the four foundations upon which our tribe was built: Freedom or Christian Liberty; The Law of Christ; Equality; and Fellowship. This Christian Union continued humbly for ten years, but in 1896 a revival that was accompanied by signs and wonders and the phenomenon of glossolalia broke out. Some people will tell you that Pentecostalism started in 1906 in a revival on Azusa Street in Los Angeles, California. But many tribes, including our own, were birthed completely separate from and, in our case, prior to that great revival in Los Angeles. In fact, if you will look for it you will find that the so-called Pentecostal experience popped up in various groups, times, and places throughout Christian history. It only caught worldwide attention at the turn of the twentieth century when large numbers of people encountered it through the revival in California.

Our own revival caused us to have sudden and rapid growth around the southeastern portion of the United States. Soon the burgeoning enthusiasm led to mission endeavors and prayer movements not unlike those of the great Nikolaus von Zinzendorf and our Moravian brothers and sisters over one hundred years prior. The growth was mind boggling. Eight people came forward to join the Christian Union in 1886. By the time I became a licensed minister one hundred and eighteen years later we had over a million members in the USA and over six million members outside of the USA. However, not everything went well in the growth.

Somewhere in the middle of the twentieth century we became embarrassed of our roots. We desired respect from the other tribes. So, we worked hard to make ourselves more presentable to them. During that time some of the tribes came together to form what was called the National Association of Evangelicals. We made some changes in order to qualify for membership. Not everything was bad in it, and the NAE was a fine organization. But in its early days it was marked by a very conservative fundamentalism. In order to fit in with our more conservative brothers and sisters we at times betrayed our own foundations. For example, we regressed in our treatment of women in ministry despite the fact that one of our original foundations was equality. We never kept our anointed sisters from pastoring, evangelizing, serving as missionaries, etc. But we restricted their rights to serve on certain boards and blocked them from some nominated positions of leadership. It was a confusing and unfortunate time for everyone.

Over time the NAE became an entity of influence, and eventually the term Evangelical became a label in popular American culture for any conservative Christian that was not Roman Catholic, Orthodox, or Mainline Protestant. This became an even more confusing situation. So many tribes had been lumped under the title Evangelical that it became a self-contradicting and unsustainable rubric. Some American Evangelical churches were growing as a whole, in some cases even spawning huge congregations that became known as Mega-churches. However, most tribes were rapidly losing a certain demographic. The cognitive dissonance between the supposed convictions of Evangelicals and the actual beliefs of certain tribes had become so great that young Evangelicals began to leave their movements in droves. Researchers began to notice the trend, but no one knew how to respond. We almost lost an entire generation for one reason. We had forgotten our past, and when we had no sense of origin we had no sense of identity. When you lose your name (that is, the meaning of your name–your identity) you lose your future.

Of course, then came the Great Collapse, which I prefer to call the Great Shaking. It took an unprecedented global crisis to change things, to wake us up to how severely we had lost our way. Having lived through the Great Collapse I can tell you that the last thing it appeared to be was a blessing. Nonetheless, I do not know if we would have ever regained our past, our identity, our foundations had that awful time not come upon us.

My prayer for you is that you will remember this part of your history. That you will learn from it. Never be ashamed of your tribe, but never reduce your tribe to the thing that we had made it in the days of denominationalism. It is true that sometimes God will call individuals to leave their homeland, just like He did to Abram in Ur. I would tell you that there are two reasons in which you should leave our tribe if it ever comes about. One, that God clearly calls you out and verifies His calling to you. Two, that your tribe asks you to leave. If the second one happens at no fault of your own I tell you to shake the dust off of your sandals and move on. But for any other reason I tell you that this is who you are and where you belong. Stick with your tribe the way a captain sticks with his ship, even when it is sinking.

Finally, do not look with contempt upon the other tribes. When the Israelites entered the promised land they were each given specific portions of the land. Certain tribes would join together in order to help a particular tribe obtain the inheritance promised to them by God. Likewise, know that the other tribes have promises from God. Always start from the assumption that they are trying to faithfully fight the battles that God has put before them. And be willing to join them in their fight when God so calls.

As for you, my great grandchildren, your heritage is rich within this tribe. You are ninth generation Church of God from my side of the family, and you have descended from the founder, Richard Spurling on your Great Grandmother’s side of the family. Both of my parents were Church of God ministers and each of their parents were Church of God ministers. Your Great Grandmother and I served as Church of God ministers for our entire careers, as have, for many of you, your parents and grandparents as well. Follow God wherever He calls you, but never despise where you came from. This is who you are. Your high calling transcends your tribal identity, but you will never go higher by erasing your past. So never forget who you are, who we are.