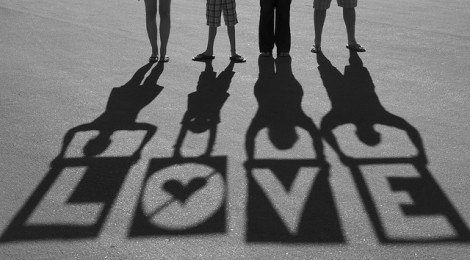 My first job out of college, the first job that had anything to do with my major, was at Hiwassee Mental Health where I was a psychiatric case manager.  Essentially what you do in this job is go visit with people in their homes.  These individuals are clients at Hiwassee and have a major mental diagnosis such as major depression, bipolar disorder, schizophrenia, etc.  At any given time a case manager could have 20-40 adults on their case load and when I was there we were required to visit with each one three times a month.

At the staff meeting each week new clients would be divvied out to case managers and our next job was to look up their addresses, get out a map (before mapquest) and figure out where they lived.  We would call ahead and then visit them at home.  We were not counselors or therapists.  Our job was to make contact, be a source of encouragement, and remind them about their appointments with their therapist or psychiatrist.  We were their advocate.  If they needed an appointment sooner than was scheduled, we helped them coordinate that.  If they did not have transportation, we made them aware of their options.  If they did not have enough money to pay their utilities we knew who they could call.  If they did not have a good support system we brainstormed with them about that, too.

I had this job for three years while also working on my first graduate degree.  When I started as a case manager I was twenty-two years old.  I was hard working, determined, and had big dreams.  I was also immature and self-centered with very little understanding or real respect for what my clients faced each day.  I cared about them.  I did the best job I knew to do.  I just don’t know how seriously I took my role in their lives.  I left that job when Jon and I moved to California.

That was ten years ago.

Today a woman I did not recognize approached me.  “Emily!  Do you remember me?”  I did not.  “You were my case manager and you talked to me about going to church.   That was eleven years ago and I have been here (at church) ever since.”

I did not remember this lady with the big, beautiful smile and warm, brown eyes.  I chatted with her a few minutes, she told me she was doing so well, and then we parted ways.

I left that short conversation stunned.  Sure, it is a small thing, her going to church.  Still, I was stopped short for just a few moments.  God had managed to work through that immature, self-centered twenty-two year old…not for my benefit, but for the benefit of someone else.

When we lived in Prague I did not have a job outside of the home.  I had a two year old and then a newborn that was born while we were there.  My days consisted of going to the grocery store and taking my children to the playground.

I loved these days.  Don’t get me wrong.  Many of them were magical to me, but there were many days when I would wonder what kind of difference I was making.  I mean, I was supposed to be a MISSIONARY, for Pete’s sake.  People were supporting our work and all I did were the very same things I would do anywhere: nurse babies and change diapers.

I was struggling with this whole idea when I remembered something I learned in school.  In group therapy there is this idea that no matter how large or small a group is when a new person enters the group it becomes a TOTALLY DIFFERENT GROUP.  You cannot even compare it to the previous group.  Even if every single other person in the group remains the same, if one person joins the group, the dynamics are completely changed.  One person.

So I started thinking about Prague as this huge group.  And, it was…a huge group of people, I mean.  In that big group called Prague I was only one person, but that one person had the power to change everything.  I could be just walking down the street joining groups at the crosswalk, entering the grocery store where groups of people were shopping, sitting down at the sandbox where groups of Czech women were congregating…it didn’t matter.  What mattered was that I, a single person, had joined the group, and the dynamics were totally changed.  It had less to do with what I did and more to do with who and where I was.

Acts 5:15 seems to agree with this whole group therapy theory.  It says: “to such an extent that they even carried the sick out into the streets and laid them on cots and pallets, so that when Peter came by at least his shadow might fall on any one of them.”

At least his shadow…forget just one person, this seems to say that just our SHADOW can make a difference.

I read this verse when I was in Prague, too.  Whenever I felt like I wasn’t making a difference I would remind myself about group therapy theory and Peter’s shadow and I would walk into the potroviny and I would remember that just my presence carrying the peace, grace, and love of Christ in that dark, beautiful city was powerfully significant.

I will sometimes get insecure while working with a client.  What difference am I making?  I will begin to feel the client’s own sense of helplessness and hopelessness creep into my own thoughts and feelings.  They really are quite catching.  When I start to feel that way it is actually very helpful information.  How a therapist feels when they are with a client can be very telling.  I have been trained to be very self-aware of these feelings and when I sense them coming on, I will go back to group therapy theory and Peter’s shadow. I will remind myself that just my presence carrying the peace, grace, and love of Christ in that dark, beautiful world of this person sitting with me that moment is a powerfully significant thing.

So, I left the company of that beautiful woman with the big, brown eyes and warm smile and I was reminded once again of group therapy theory and Peter’s shadow.  I recognized that at twenty-two or fifty-two or ninety-two, it has very little to do with what I do and way more to do with Whose I am.  I remembered that whether I am in Prague, in the back streets of some random county, or sitting in a therapy room, nursing babies, changing diapers, or going to the grocery story, I am one person in a larger group and one person makes a significant difference.

One person changes everything.

And, if Acts 5:15 has any truth to it, and I believe it does, even my shadow makes a difference.  My shadow carries the peace, grace, and love of Christ into a dark and beautiful world every single day.

I am thinking that there are so many jobs and situations where a person feels this sting of insignificance.  What in the world kind of difference am I making?

Please, don’t stop.  Please, please…don’t stop nursing those babies, changing those diapers, going to that grocery story.  Don’t stop leaning over those kids at school as you try to help them grasp something difficult.  Don’t stop having your parties and leading your book clubs. Don’t stop running your business or keeping the streets safe with your badge or looking into a child’s eyes and ears and listening to their chest when they breath.

Remember group therapy theory and Peter’s shadow.  Remember that one person…ONE PERSON…changes everything.  Remember that just your shadow has the power to bring healing…healing you might never know about or maybe you will when someone stops you in a random place one day and you don’t even recognize them, but they tell you that one simple suggestion made a difference in their life that is still going on today.