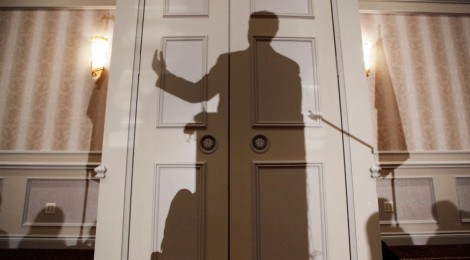 Everyone wants to leave a legacy. Everyone wants to be remembered for something, and to leave something in the hands of those who come after them. Teddy Roosevelt used the slogan, “Speak softly and carry a big stick.” Likewise, we all hope to leave some sort of lasting impact. We do not necessarily want to have to shout it out to people. We just want it to pack some punch in the end. Perhaps we would hope others would adapt Roosevelt’s slogan in describing us after we are gone. Something like, “He lived quietly and left a long shadow.”

One person from Scripture that comes to mind when thinking of legacies is Elijah. Calling fire down from Heaven is kind of an automatic qualifier for leaving a legacy (1 Kings 18:38). As if that were not enough he left earth on a chariot of fire (2 Kings 2:11). The Old Testament ends with a promise that God would send Elijah back (Mal 4:5-6). John the Baptist is compared to Elijah (Luke 1:17). And Elijah appeared to Jesus along with Moses on the so-called Mount of Transfiguration (Matt 17:3). After that impressive resume James felt the need to remind all of us that Elijah actually was human (James 5:17).

It is hard to imagine a much more impressive legacy. However, there is one aspect of his legacy that is often overlooked. We are probably all aware that after Elijah’s fire-calling victory on Mt. Carmel he got scared and ran for his life into the wilderness. He eventually ended up in a cave on the side of Mt. Horeb. There was a wind and an earthquake and a fire, but God was not in any of those. God was in a still small voice. And after a few words were exchanged God instructed Elijah to go back and do three specific things:

So, Elijah was commanded to go and anoint three people–Hazael, Jehu, and Elisha. How long do you think it took Elijah to do those three things? Okay, okay. That is a trick question. It is a trick question because Elijah never completed the commission that God gave him to do. In fact, he only did one of the three things that God instructed him to do. That is pretty amazing coming from this prophet that left a very long shadow. I have seen a lot of different grading scales. But in every grading scale that I have ever seen thirty three percent is failing. Elijah? Failing? What gives?

The one thing that Elijah did do was anoint Elisha as prophet. They spent a lot of time together, and when Elijah was taken up into Heaven Elisha received a double portion of Elijah’s anointing. Scripture records Elisha performing exactly twice as many miracles as Elijah. And interestingly enough, Scripture also records Elisha eventually fulfilling the rest of that commission that had been given to Elijah. That is, Elisha sees that Hazael and Jehu are anointed as kings. Hmmm. What does that mean?

Consider Elijah. And then consider this. If the vision/purpose that you understand God to have for your life is limited to the number of days that you will walk this earth, then your vision is too small.

Elijah understood that out of the three things that God instructed him to do one of them was mission-critical. If nothing else he had to pour his vision into the prophet who would succeed him. Elijah was not the only great one in Scripture to realize this spiritual truth. Abraham needed Isaac, and the rest of his progeny, for the promise to be fulfilled. Moses needed Joshua to get the Israelites into the promised land. David needed Solomon to get the temple built. Jesus needed His disciples to establish the church. Paul needed Timothy to strengthen the foundation that he had laid.

I worry that we have gotten this almost completely backwards. We hear the three commands and put Elisha last on the list. We seek out Hazael and Jehu, when we should be pouring into Elisha. We are unwilling to accept that our life is like a mist that appears for a while and then suddenly vanishes (James 4:14). Consider your purpose today. And then ask yourself, “What changes if I realize that God intends to do none of this in my lifetime, but in the lifetime of those who I pour the vision into?”