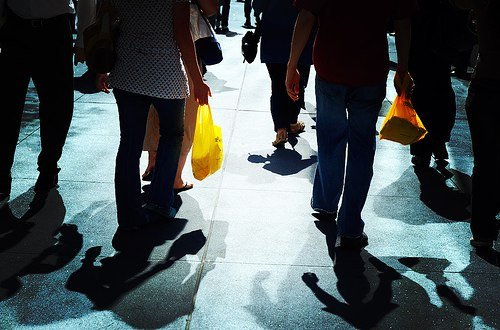 When we read about the healing of the lame man in Acts 3 we tend to compare Peter and John’s journey to the Temple for the third hour of prayer to our contemporary experience of going to church. However, this is a little misleading. In Peter’s time prayer happened at the Temple every day. In fact, it happened three times every day. It was not uncommon for devout Jews to make it to at least one of those prayer times every day, if not all three. So, this was more than religious practice. It was deeply ingrained into the daily routine of their lives.

Perhaps it sounds impressive to us that such a prayer routine was woven into the fabric of a culture. But again, that is probably not the right assessment. It was certainly not the assessment that Jesus gave that generation (see e.g. Matt 12:39, 16:4, 20:15, Luke 11:29). Moreover, it helps to consider the much different way of life in the time in which this story transpired when compared to today. Most people traveled on foot. Life itself was more taxing and physically rigorous on average. Sources of entertainment were much different, with none of the technologies and conveniences that occupy our attention today. Many people passed right by the Temple on their way home from the duties of any given day. With all of those things considered most of us would probably look forward to the opportunity to stop by the Temple and relax with prayer.

The Jews in that day were instructed to pray three times a day. Once at nine in the morning, once at noon, and once at three in the afternoon. This was the afternoon prayer, sometimes called the third hour of prayer. The next day would begin at sundown, so this was one of the last things that one might do on the way home.

This hour of prayer was called the minchah, or “gift offering.” It was known as the hour of confession and repentance. In other words, it was a time to cleanse oneself of the spiritual dirt that might have accumulated during the day. It was a time to set things straight, to unwind the crooked areas.

Does any of this sound familiar to you? Do you know what it is like to need to unwind at the end of the day? Do you have some activity that helps you purge the grime that builds up from a busy and hectic day? Now you are getting a picture of the type of activity that Peter and John were engaging in when they encountered the lame man in the third chapter of Acts?

The point is that this was an everyday activity. Peter and John encountered the lame man on a normal stop along life’s way. Perhaps for us it would be a coffee shop, meeting the family at the park, getting in a workout at the gym, or any other number of things that people do to unwind at the end of the day. Perhaps Peter and John were tired. Perhaps it had been a rough day. We are not told. But undoubtedly they were looking forward to going into the Temple for a personal time of refreshing.

The man they encountered would have certainly been considered a nuisance to most, and perhaps by these two disciples as well. However, they were willing to stop despite the inconvenience. They did not simply drop a token in his cup. They dug down deep within themselves and recognized that they possessed the greatest gift that anyone could ever receive. They grabbed hold of that gift and then they grabbed hold of that man, and the rest is history.

As you are going on your way are you willing to see the spiritually crippled that you are passing by? If so, what will you give them?

← Mirrors
The Spirit of the Sword →