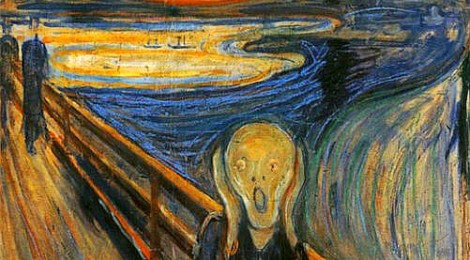 When I hear people discuss the book of Job I sometimes walk away wondering if they have actually ever read the book. For example, I often hear people slamming Job’s friends. You know, stuff like, “I sure wouldn’t want to have friends like that.” To which I always want to respond with something like, “You mean friends who would sit with me in silence for seven days and seven nights? Who would recognize that my grief was very great? Surround me with unconditional love and support? Engage my deepest questions once I was ready to talk? Yeah, who wants friends like that?”

More misconceptions often show up when people talk about what the problem was in the book. You know, who was right and who was wrong (because that’s the most important question to answer). I hear about all the bad theology that Job’s friends were espousing, and all of the great things that Job said about God. To which I always want to respond with something like, “All the great things Job said? Really? You mean like how the first words out of his mouth after his seven days of silence was to curse the day he was born? Or how he accused God of being unjust and tyrannical? Or perhaps how he boasted of his innocence and challenged God to show him otherwise? Or when he asked God if he was having fun torturing him? Or maybe when Job begged God to leave him alone so he could at least have a few moments of joy before he died?”

It’s like the spirit of Job hits me when I hear these misconceptions. I want to scream like Job did. Of course, I never really say those things. I keep myself calm, cool and collected. Unlike Job, I care what my friends think. I care what God thinks. You know why? Because I haven’t suffered enough.

There is a clever insight into the book of Job that was revealed to me by a spiritual father of mine, Rickie Moore. It is a point published in an essay entitled Raw Prayer and Refined Theology, which can be found in this festschrift. It is an explanation of a little word in Job 42:7, which reads:

After the LORD had said these things to Job, he said to Eliphaz the Temanite, “I am angry with you and your two friends, because you have not spoken the truth about me, as my servant Job has.”

The key is found in the preposition about. God tells Eliphaz that he is angry with him and his friends because they have not spoken the truth about God, as did Job. If you take the time to actually read the book you will know that something seems wrong here. Job said a lot of things. A lot of what he said was specifically about God, but very little of it sounds like the truth about God. In contrast, read the speeches of Job’s friends. They exalt God. They speak of his justice. They talk about his infinite power. They proclaim his endless wisdom. They say a whole lot about God. And it all sounds like the truth. What is going on here?

After the LORD had said these things to Job, he said to Eliphaz the Temanite, “I am angry with you and your two friends, because you have not spoken the truth to me, as my servant Job has.”

Interesting. One little pronoun. Yet, it changes our understanding of the entire book of Job. We do not think of the power of prepositions as English speakers. But there is a world of difference between speaking the truth about God and speaking the truth to God. The point was not for Job to speak about God, but for him to speak to God. And Job did exactly that for the entirety of the story. It is bewildering that it is almost impossible to find an English translation that gets this right. But one humble, Hebrew scholar saw it easily. How did he see it? I think he saw it because he has suffered.

If you have suffered you might not need this insight. Perhaps you are not waiting for permission to speak the truth to God concerning your pain, your suffering. Then again, maybe you are waiting. Maybe you do need that permission. Here is the truth. Whether your pain is great or small, God wants you to bring it to him. Scream it to him. In the end he will show up and he will answer. And at that point you will know that he is big enough to handle your biggest accusations…your strongest complaints…your loudest screams. But more importantly, for the first time in a long time you will know this: you are not alone. Even when you’re screaming in the dark.