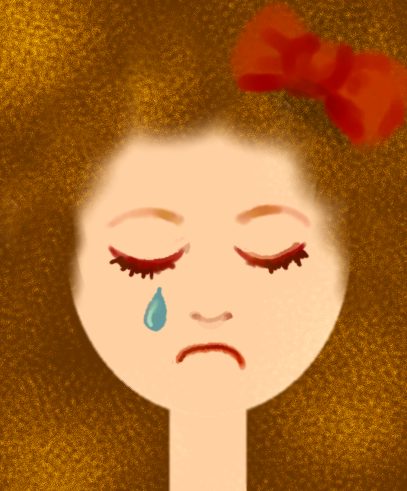 We don’t know a whole lot about Leah. We know that Jacob was tricked into marrying her. Evidently he fulfilled his responsibilities as her husband in the context of the patriarchal culture of the Ancient Near East. That is, he provided for her. He protected her. She was taken in as part of the family and Jacob satisfied his basic conjugal duties toward her. Certainly Leah’s situation could have been worse. Nonetheless, Leah carried a profoundly deep pain. She carried the burden of being rejected.

Apparently Leah was considered the ugly sister. The first two things we learn about Leah is that she is the older one and the one with tender eyes, which most scholars interpret to mean weak eyes (Gen 29:16-17). She is then immediately compared to her younger sister, “…but Rachel was lovely in form, and beautiful” (v. 17). Leah knew that she was not as appealing as her younger sister, and may have wondered if she would ever find a husband that would love her.

Evidently Laban also had his doubts about Leah marrying. And in the Ancient Near East a woman with no husband was considered almost dead. So, Laban devised a scheme to force Jacob to marry both of his daughters, and it worked. We hope for Leah at the beginning of the story. Perhaps Jacob will learn to love her. But sadly there is no evidence that he ever did. Ironically, God proclaims hundreds of years later, “Jacob have I loved, but Esau have I hated” (Malachi 1:2). God rejected Esau, the older brother. Jacob rejected Leah, the older sister.

However, the marriage arrangement still gave Leah a fighting chance, for in that culture the number of sons a woman could produce often measured her worth.  And, as it turned out Leah produced a lot of sons, six altogether, and a daughter to boot. She hoped it would be enough to win the love of her husband, and it is there that we find the crux of Leah’s story.

When the Lord saw that Leah was not loved, he opened her womb, but Rachel was barren. Leah became pregnant and gave birth to a son. She named him Reuben, for she said, “It is because the Lord has seen my misery. Surely my husband will love me now.” Genesis 29:31-32

It is one of those passages where it is hard not to ache with pity. This woman, unsightly and handicapped, simply wants to be loved by her husband. Evidently her hopes were unmet after the birth of the first son, Reuben, for we immediately hear of a second son. She names him Simeon and thinks, “Because the Lord heard that I am not loved, he gave me this one too” (v. 33). Yet, it still did not do the trick. For we move on to hear of the third son named Levi, and accompanying him renewed hope. She said, “Now at last my husband will become attached to me, because I have borne him three sons” (v. 34).

Three times Leah conceived. Three times she was convinced that this would finally be the time that she would experience genuine love and desire from a man. Then comes the fourth son. She names him Judah, and we expect the same refrain. But this time something changes. She does not turn to see if Jacob finally loves her. She turns her attention in a different direction. And she says, “This time I will praise the Lord” (v. 35).

Leah finally surrenders, but it is not the giving up of failure. It is the peace that comes from relinquishing oneself to God. Here we have the rejected one, an outcast. She was unloved and undesired. Yet, she found her peace with God. But the story is not over there. She not only turned her tender eyes to God, but God turned his loving eyes to her. He chose Leah, the rejected one, to birth Judah, whose line would one day produce Jesus of Nazareth, the Son of God.

There is only one thing that heals rejection. It is turning to God. Next time you feel yourself sinking back into the same old cycle of pity that has haunted you for years, perhaps a lifetime, consider Leah and make a decision: This time I will praise the Lord. Who knows what he might produce?

← Today We Fight
Keep up the Good Work →